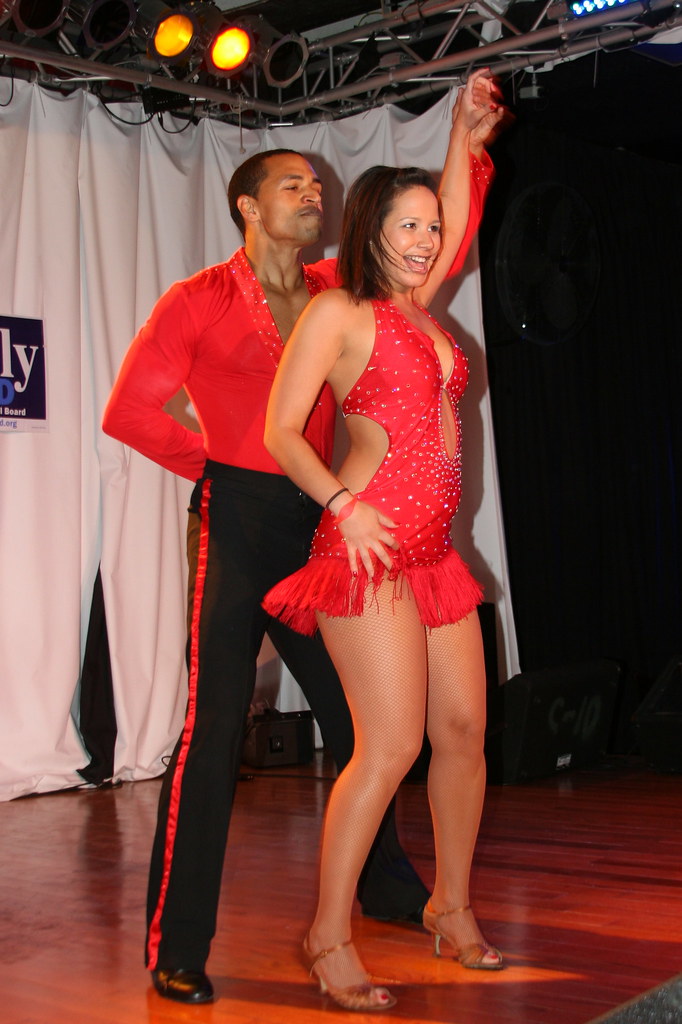 On Monday I attended the second Salsa class of the year with Dance Club Latino. Having done Ballroom and Latin for around a year now, I have experienced dancing and trained at a reasonably high level.

It was encouraging to dance both the Beginner and Improver classes. While the choreography was (unsurprisingly!) more advanced in Improver classes, I struggled far more in Beginner, mainly because I was facing away from the coaches who were on the stage. Having to respond to verbal commands only, dancing steps I had only just learned, meant that while I was still dancing okay technically, I was doing steps out of sequence and frequently making steps up on the spot!

One thing that was pointed out to me is the difference in style in comparison with Latin dancing. My previous Latin styles have been almost exclusively competition focused which demands a focus on (for Cha-Cha-Chá in particular) the straightening of the legs causing hip action and the maintaining of a level top line across the shoulders and torso. While these techniques can also be applied to Salsa, the dance as a whole is much more relaxed and doesn't place the same importance on, for example, avoiding heel leads, which are anathema in Latin.

This all comes back to the Salsa's place as a social and party dance. It is most frequently danced in bars and nightclubs, not on the competition floor, and requires leaders and followers to understand a common set of steps. The job of the lead is quite complex - many of the followers that I spoke to were not able to teach me any steps as they could only follow - and I need to do what I can to learn from more experienced people than me.

I'll carry on attending the DCL sessions alongside normal training for Ballroom & Latin. Salsa is good for gaining confidence to improvise and improve skills as a lead. I'd like to compete it as well, as long as a I get a willing partner. On that note, tonight is Novice & Higher partnering and, all being well, I will have a (semi-)permanent dance partner from now on!