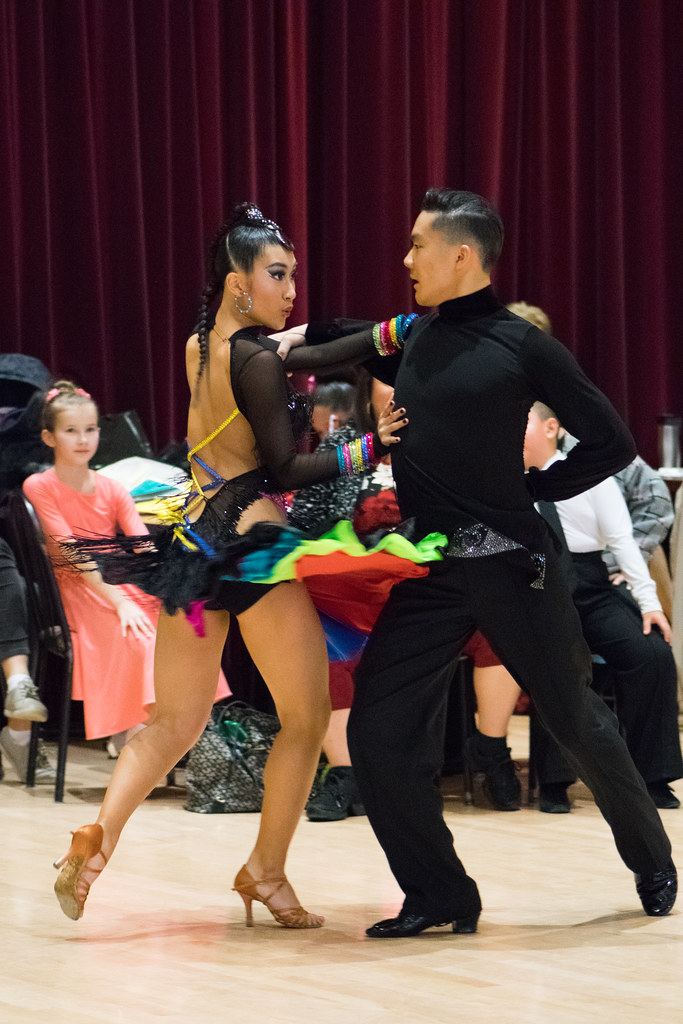 I am fortunate to have found a fantastic Ballroom & Latin partner this week.

Not everyone is so fortunate. Some people did not find partners on Tuesday evening, through no fault of their own. I even had to behave somewhat selfishly in my choice of partner and had to act in (what I believed to be) my own best interests.

Why was this? Several followers I spoke to only have suitable dresses for Open categories and have only danced Open routines, typically in dance schools in categories such as Junior and U16. As a result, they want to dance in Intermediate or Advanced, with the extra flashiness of unrestricted choreography and sparkling dresses - which is completely understandable!

For me, and probably other leaders as well, our main concern is to be as technically proficient and confident as possible. Moving to Intermediate is a big step (particularly for someone who's been dancing for less than a year!) and Novice is a huge category with some incredibly talented competitors. While I would personally stop short of saying "I want to win", I know that I can have fun and learn a huge amount in Novice.

I am even more fortunate to be at the beginning of a course which will be at least three years in length. Several people are in their final year and this is their last opportunity to compete as a university student.

Finally, there is always the possibility of competing on the Open Circuit, which I have done before. The Open Circuit is a lot more relaxed than university competitions but equally is a lot of fun and a nice way to spend a Sunday afternoon. I hope to get many team members interested and involved in non-university competitions over the next few years.