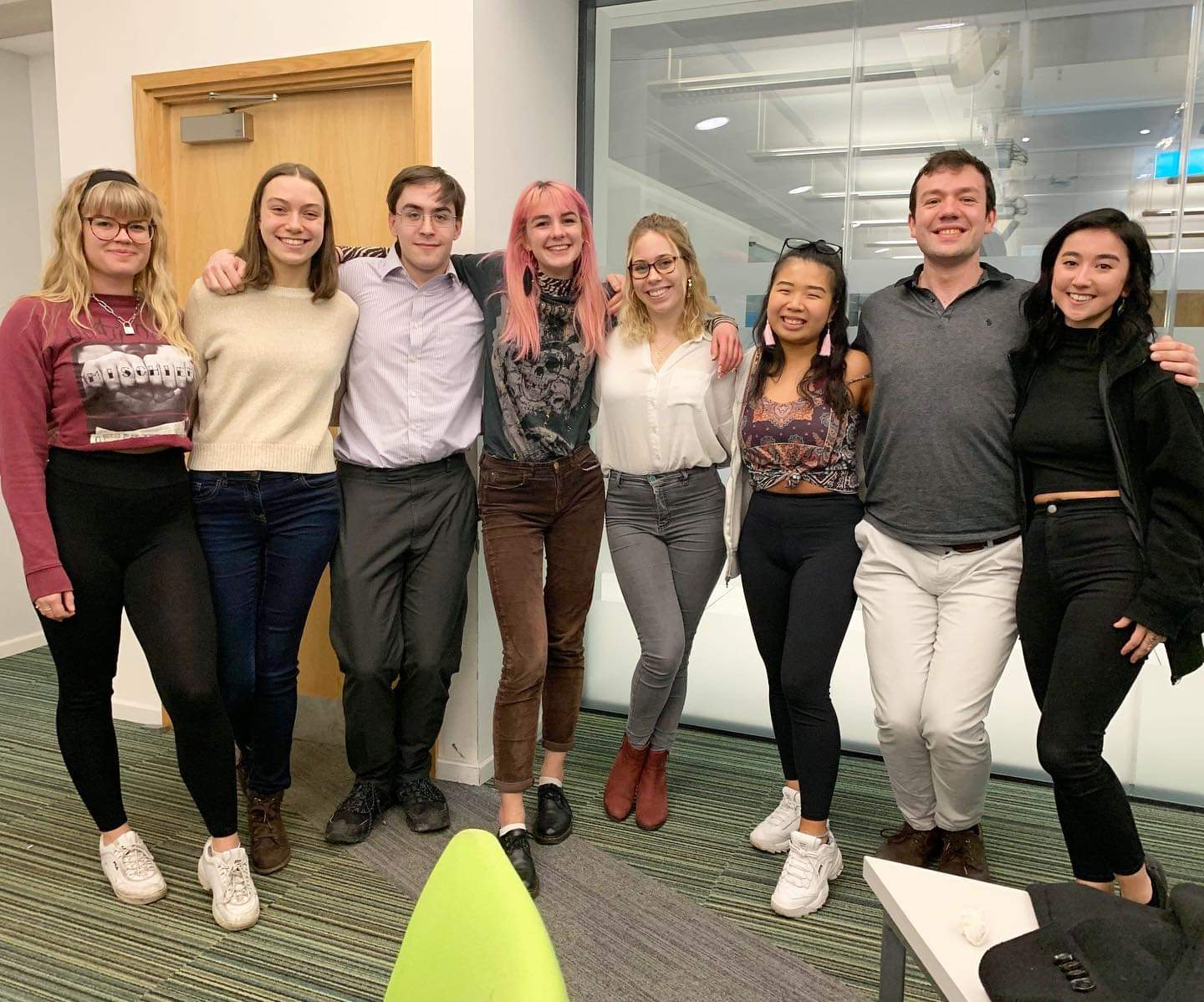 Yesterday we held our Annual General Meeting to elect the committee for 2020-21.

I am pleased to announce that I was elected as Publicity Officer - the role I originally wanted! However, getting to this point involved great personal challenges on my part and it was not always certain that I would end up running for committee.

Having expressed an interest to the outgoing President, Jerry, in the role of Publicity Officer, I confessed that I had been asked by many people to run for society President. While I had minimal interest in the role at the time, the passion that I had managed to inspire in so many individuals led me to consider a run for the position.

Over the past couple of months, I planned out what I would have wanted to achieve as President, which I had to condense down into a two minute (!) speech. I was opposed in the election by Beth, who I knew would make a strong case for the position - I had quite a lot less dance experience!

I delivered the speech well, though my hands were shaking somewhat (while I do a lot of public speaking and have run for committee positions 4 times previously, you are never entirely unafraid). We were then asked a number of questions, which I felt I could have handled better than I did - though I only had one major gaffe which I regret! I had never expected to win an election against a candidate with the support Beth was receiving but am glad I made the decision to run - I will support her throughout the next twelve months but the society has made its choice!

I was encouraged (largely by people who probably didn't vote for me) to run for Treasurer. While I know that I would be strong in the role, with a history of serious financial decision making and two years of experience of double-entry accounting, I did not feel that I could take on an executive role having unsuccessfully made my case for President. It will be up to Beth, Lydia and Andrew to steer the direction of the society.

The other role I was keen to get was the role of Team Captain. The society elects two Team Captains, who are responsible for the organisation of competitions throughout the year. Having attended seventeen competitions since joining the society, I felt I had a great deal of experience to bring to the role. I faced stiff competition from Katie and Wing and was unfortunately unsuccessful again - while I would have been happy to serve as Team Captain, I am relieved that I will not be responsible as it is a very demanding role.

It was finally time for the election for Publicity Officer. I expanded on my plan to build a BALADS website to increase the exposure of the society. Using the Ghost publishing platform, with the aim of supported hosting on DigitalOcean, this will be a dynamic, fully-featured website which will be accessible to all of committee to use. I also set out my aims to ensure that video and photograph collection from competitions is consistent, aiming to capture footage and images of everyone from the society, and will work with Ralph to ensure that as much video footage can be collected as possible without anyone having to take on too much of a burden. I also set out plans to ensure written consent from all society members before using media which contains them. Finally, I emphasised that the use of new media technologies, such as Instagram, will continue.

I contested Lauren for the position and she made a very good case for the role! Well done to everyone who ran for a committee position, especially to those that were unsuccessful and ran again - third time lucky in my case! It is easy to get disheartened by rejection in life, but it does not reflect on our character in the slightest. I have never set out to be popular or to try to fit into established social groups and to receive any votes at all in this election was a privilege - I will do my best to do what I was elected to do!